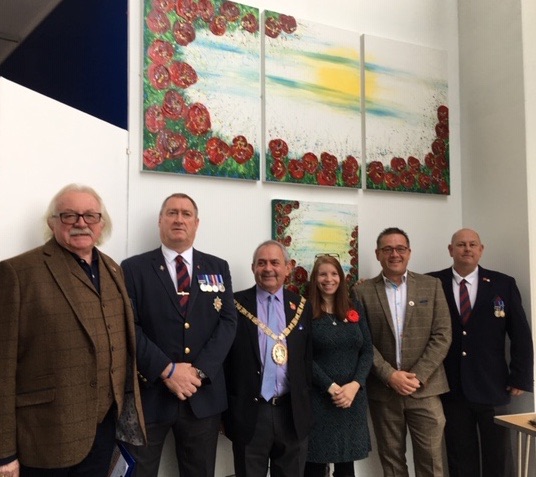 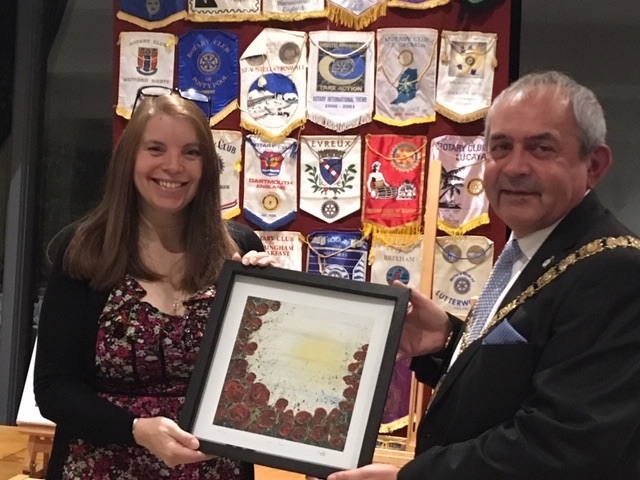 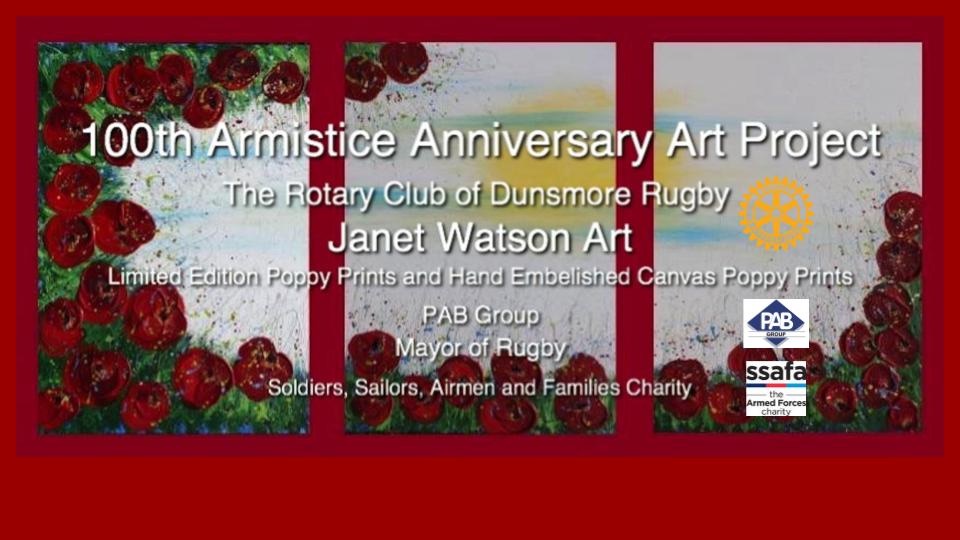 Click the picture above to buy the signed and numbered poppy limited edition prints and signed canvas prints :) 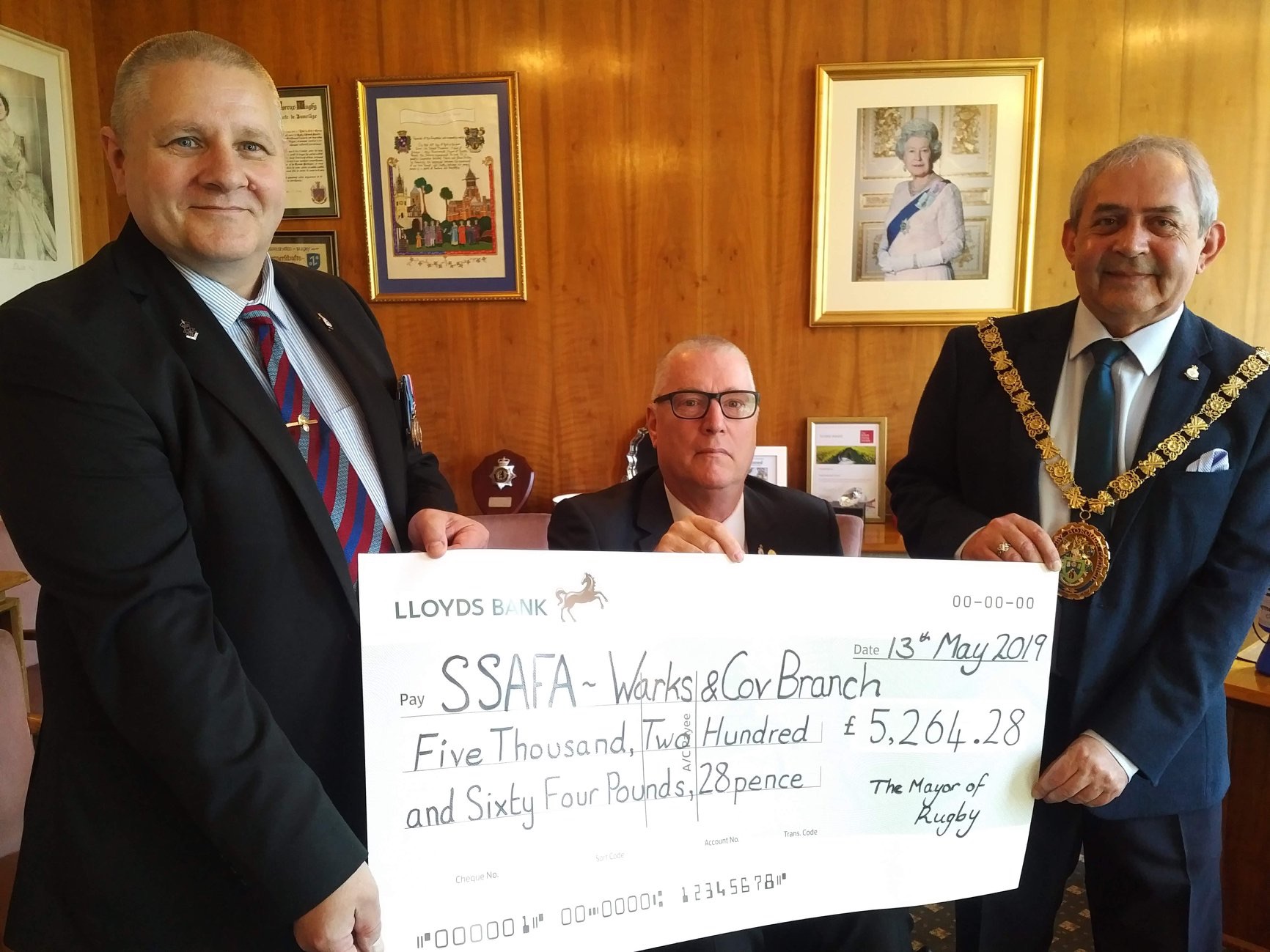 The cheque being handed over the the charity SSAFA Soldiers, Sailors, Airmen and families by the Mayor of Rugby Cllr. Tom Mahoney (year in office ran from May 2018 to May 2019)

Janet Watson Art and The Rotary Club of Rugby Dunsmore and sponcor PAB Engineering, Mayor of Rugby's Charity Soldiers, Sailors, Airmen and Families teamed up to bring a stunning display of specially designed poppies at their best in art form to Rugby Library and Museum, you were able to see a magnificent triptych set on the head wall within the library's large foyer and then after about four weeks the artworks will be in the Barn at Houlton Rugby :) I Janet Watson Art created special artwork called 1918 2018 for you to own and place on your own wall in your home - lounge, dinning room, fireplace, hall, landing, bedroom etc. business or hotel :) This designed artwork will include: Fine Art Limited Edition Professionally Printed paper prints, signed and numbered ready for you to frame at your local framers or use a standard frame from a house hold shop (Frames not included) The sizes of your limited editions are total sizes: 30 x 30 cm and 60 x 60 cm with a white border :) Hand embelished signed deep canvas over wood prints ready to hang on your wall :) Sizes: 30 x 30 cm and 50 x 50 cm with a white border :) 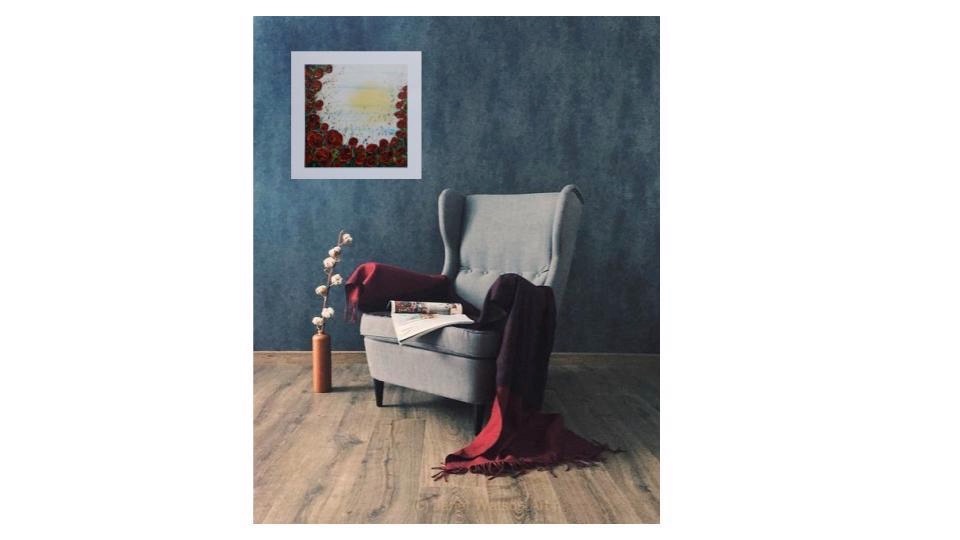 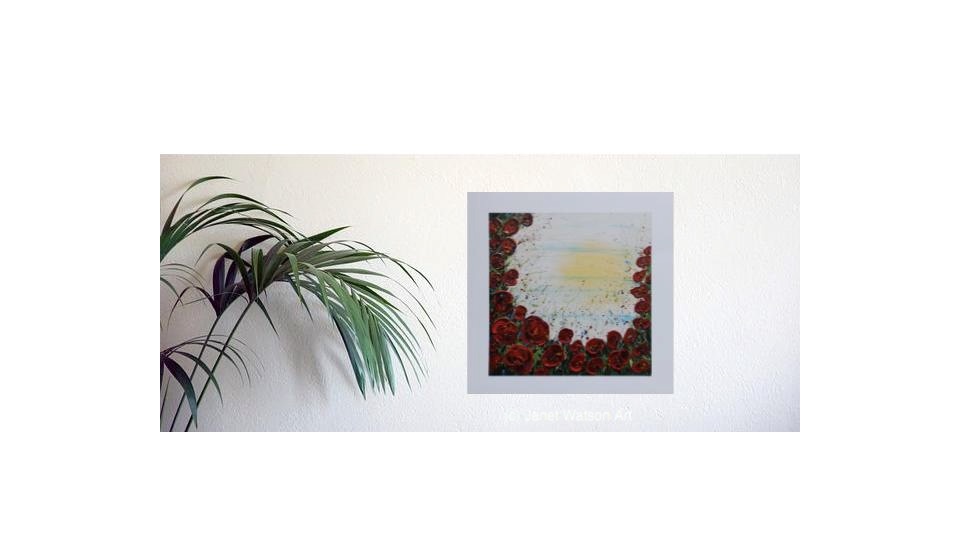 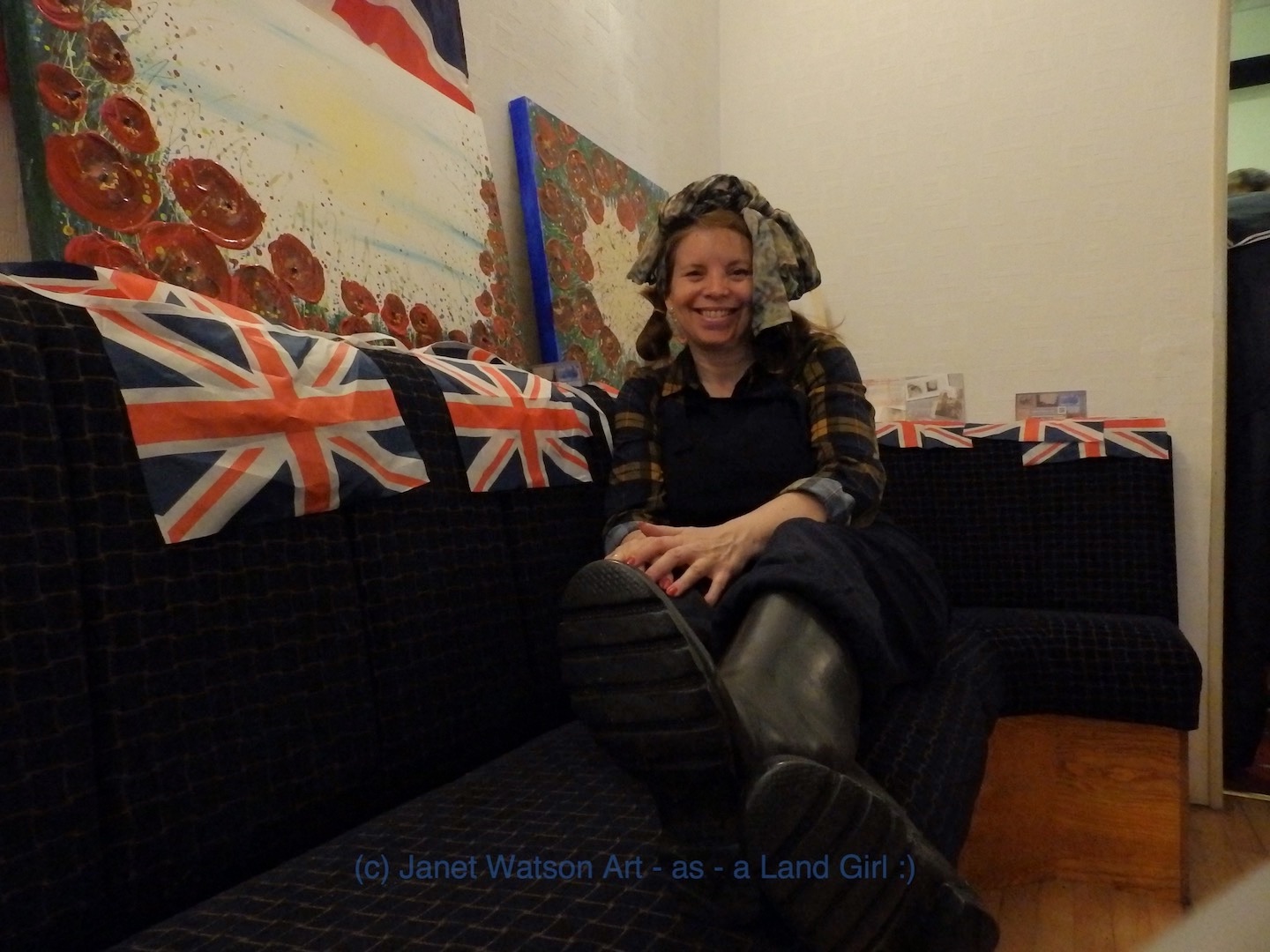 I thought you would like to see me dressed as a "Land Girl" sitting next to my poppy artwork :) The reason for this photo was: Here is me Janet Watson Art dressed as a land girl, at a fantastic night out, I had last night with my friends from Rugby Dunsmore Rotary Club at Hillmorton Ex-serviceman's Club having fun trying to be detectives lol watching Hillmorton British Legion presented a fun play by the West Haddon Players who acted out a murder mystery to help commemorate the 75th anniversary of "D" day and raise money for the hillmorton remembrance day parade :) I was not a good detective I got it wrong! lol :) #landgirl #janetwatsonart #britishlegion #charity #dday #hillmorton#rotary #art #poppy #poppies #rememberance #75thdday#westhaddonplayers #acting #actor #battleofbritain #normandie#veterans